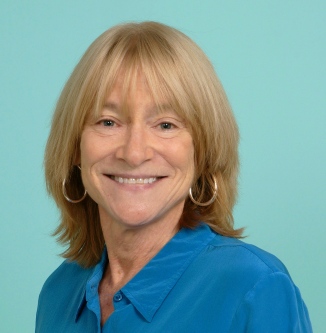 Dr. Holly Herman has been a Physical Therapist for more than 45 years. In addition to maintaining a full time private practice in Cambridge, MA, she lectures and presents courses world-wide on Pelvic Floor, Women and Men’s Health, Pregnancy and Postpartum, Orthopedics, Geriatrics and Sexual Medicine.

She received her Doctorate from MGH Institute of Allied Health and her MS and BS from Boston University. She is an Orthopedic Clinical Specialist (OCS), Women’s Health Clinical Specialist (WCS), Certified Biofeedback Therapist (BCB-PMD) and Certified Pelvic Rehabilitation Practitioner (PRPC).She has been a pioneer in developing the fields of Women’s and Men’s Health and training thousands of healthcare professionals.

Holly co-founded the Herman & Wallace Pelvic Rehabilitation Institute in 2005. Though she is no longer associated with the institute, Holly brings her own courses to the US, England, Ireland, New Zealand, Chile, Canada, Portugal, Brazil, UAE Saudi Arabia and Australia through HWHMeducation.

She is the author of numerous peer reviewed articles, book chapters and is the co-author of the popular book, “How To Raise Children Without Breaking Your Back“, updated and available in the spring of 2018. Holly is co-editor of APTA Geriatric Rehabilitation Journal Vol 32:2 devoted to Optimal Sexual Health and Function in the Aging Population published in 2016.

Holly has been a full- time faculty member of the Northeastern University Physical Therapy Department, Clinical Instructor of the Boston University Physical Therapy Clinic, part-time instructor at Simmons College, guest lecturer at other colleges, universities and hospitals. She serves on the Boards of many Foundations that promote Women’s and Men’s Health. She is an article reviewer for the Journal of Sexual Medicine, Urologic Nursing and the JOWHPT.

Holly has supported the APTA throughout her entire career as a member, teacher, Education Chairperson and creator of the Gynecological Manual Project which helped raise money for research grants within the Section on Women’s Health. She is the recipient of the Elizabeth Noble Award, Saudi Arabian Physical Therapy Association Award and other awards from the NAFC.